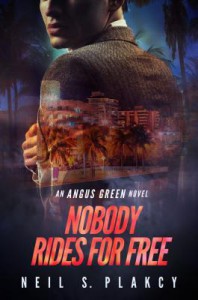 [a:Neil S. Plakcy|126217|Neil S. Plakcy|https://images.gr-assets.com/authors/1249251789p2/126217.jpg] is the author I planned to read since I started to read MM romance genre and gay fiction books. It was the time when an entirely new world opened up and my TBR became close to collapse. *sigh* What a wonderful time!..


The first book in the Angus Green Series did not really knock me off my feet - though I have to admit, it was not bad - besides, sometimes you need to have a little patience with a starter in series. It was too early to judge it.

The eponymous of the series, FBI Special Agent Angus Green, is a good-looking man, an enthusiastic and motivated employee, a smart guy and - without any doubt - a very nice person, but probably also he is the reason why I find the series somehow boring.

The second book and the second case for Special Agent Angus Green. He has to find out more information about flakka, a new dangerous drug that rapidly gains ground. While doing research in a local drugs scene Angus accidentally comes across another serious crime. It looks like the same people who are involved in the drug dealing also runs a gay porn business with underage boys, whom they get off the streets. Boys who have been victimized, abused or run away from home and are an easy prey for the mob. The Special Agent Angus Green makes to his essential mission to save those kids, to find the core of the evil and to destroy it.

I have to admit: the beginning of the book , and I liked it much more than the rest of the book. As the investigation progressed the dynamics dropped and the book became long-winded and at the end, FOR MY PERSONAL LIKING rather a chore than a reading joy.

I normally like books with an investigation routine. The books, where the research and perfect analytic skills of an investigator plays a very important role. But here I was very close to give up. SORRY.

There were many talking - talking with witnesses, friends, colleagues, there were many walking around - a gym, bars, shelters, streets, and there were many thinking (around). AND it all happened in a very mo-no-to-n-ous way for my taste. Maybe if the book would have been a bit shorter, it had exhibited more dynamics.

Don’t get me wrong, I don’t ask for more Hollywood-like actions and twists. But even some little actions in between, and a few corps didn’t affect a boring pace of the story.

My further personal problem was the first person pov. I didn’t feel the main character the way I should. First person POV belongs to my FAVORITE narration, but here it would bemaybe better to chose the third person pov. I really don't know.

All in all, the series is NOT bad, and it will for sure find its fans. But I think I'm not among them.

**Copy provided by NetGalley in exchange for an honest review**
Tweet